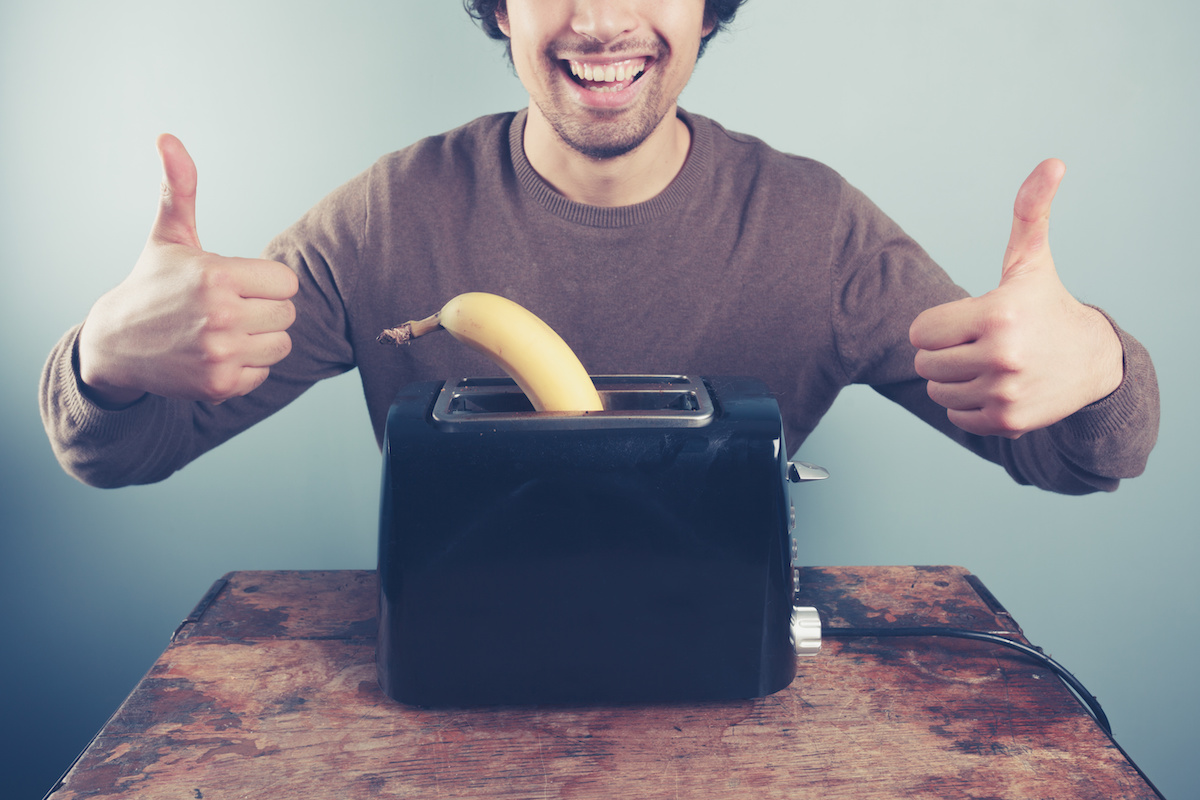 You probably clicked to read this post due to the insane title and because you believe that you aren’t stupid.

I have bad news for you.

Blogging makes everyone stupid and that’s why it is such a great business for people.

When most people hear about how others start a business and make it successful they tend to think the person must be really smart and brave.

If you gave someone the option of having a steady paycheck every week versus probably not having a paycheck in months which one do you think they would choose?

The smart person would choose the steady paycheck.

Of course, lots of people that start blogging do so when they have full-time jobs. Is this possible? Of course, it is. I even wrote a post on it. Check out How To Build a Successful Blog While Working Full-Time.

When people start a blog with a full-time job they think that all they have to do is devote some time each night to writing some posts. What they come to realize is that they don’t have much energy or that life continues to get in the way.

Stressed, tired, hungry, and you have a million other things to do! Most people give up. Some do the slow crawl of death with their blog. Even less actually succeed.

You see, stupid people don’t realize that what looks easy on the surface, only looks easy because someone is busting their ass behind the scenes.

You’re stupid because you want to start a blog.

You’re stupid because you think you can build something successful from scratch.

You’re stupid because everyone around you will scratch their heads and wonder what the hell you are doing.

You won’t stay stupid for long.

When you start blogging you quickly realize it isn’t what everyone makes it out to be.

It’s only easy when you look at each individual step but unfortunately, there are 12,768 steps that you have to keep in mind to build a successful blog.

There are times when you take a step back and think to yourself that you have no damn clue what is going on.

For a lot of people that enter the world of blogging everything they’ve done before comes easily to them because they usually do what is comfortable for them.

Nobody starts off as an expert blogger. Everybody struggles with some aspect of it. Even me in all of my glory struggled for a while before I started to realize the obvious things.

If you ask successful bloggers what they do to become successful some might pretend to be smart and give you all of this crazy strategy. However, if they really sat down and had a couple shots of tequila, they would end up saying something like:

I gave the people what they want.

HOW STUPID IS THAT?

But the reality of it is, that’s what it comes down to. This sounds like a major oversimplification but think about anything that you love to buy. You buy it (hopefully) because it’s what you want.

Promoting your content and people aren’t coming? You’re not giving them what they want.

Have a product that you can’t even sell for $1? You’re not giving them what they want.

People keep on unsubscribing from your emails at an alarming rate? You’re not giving them what they want.

Bloggers tend to outsmart themselves. They think they have to do things the smart way but that isn’t true.

It’s all just a bunch of pieces that you put together.

Last month I had websites make the following amounts of money:

There are some smaller ones but I’m too lazy to look at them. This also doesn’t include Amazon or Paypal sales so the actual numbers are higher. This is without paid advertising or other crazy expenses. Oh and $0 in web hosting affiliate sales.

My brother writes for one of the sites and I have an awesome Community Manager helping me with another. Beyond that, it’s just me being stupid.

Every single one of these sites I could break down in the simplest terms and you would end up saying “nah, gotta be more than that” and I would smile and tell you to go figure out that more while I go make more.

I think this is why so many people get frustrated with this business. They believe it should be easy. Write the content, get the people. But they aren’t getting the people so then they try to be smart with their Pinterest strategy. Instead of 24 pins, they are going to do 27. Instead of sticking with their niche and writing better content, they are going to include some basic blog tip posts.

If someone is giving you what you want do you stop going to them?

Your audience wants something from you and when you can figure that out then you’ve figured out blogging. It’s usually so obvious a stupid person can see it.

Not because they are stupid, but because it’s just there in front of them and they don’t try to think about anything else.

So How Do You Do Stupid Things?

So by now you should want to be stupid. How do you accomplish that?

First, stop thinking that everything has to be hard or complicated. There are only two things in blogging:

None of this is hard.

If you want to know what you should write then look and see what is working on other sites in your niche. If it works for them it should work for you.

Or think about the beginning of the reader journey in your niche. What is the very first thing they should learn about with your topic? Write about that.

Then write about the next thing.

Then the next thing.

Before you know it you have a whole blog on your topic that is almost a complete walkthrough.

But I want to make money money.

Okay, let’s say you have a product. First, you need to be honest with yourself and see if your product is actually doing what it promises it will do. If it does that then all you gotta do is tell your audience about it and what it will help them achieve.

Your audience simply wants to go from Point A to Point B.

I didn’t start making money online consistently until I stopped pretending that the obvious wasn’t obvious. I took a step back, figured out what my audience wanted and started to deliver on that.

It was the stupidest thing I’ve ever done and it paid off. You might not want to see why someone else is succeeding but it’s right there in front of you.

You just gotta be stupid to see it.